Home » Sleep Disorder » The Difference Between Nightmares and Night Terrors: What You Need to Know?

Sleeping is a critical factor you'll need to consider to stay well-rested and energized. But there will be times you wake up in the middle of the night from nightmares. Don't worry, because you aren't alone! The thing that many people don't know about is that there are different types of bad dreams, specifically night terrors, and nightmares. There is a difference between nightmares and night terrors, but what exactly are these two kinds and how do they differ from one another?

Read on as we show you what these sleeping patterns are, and how you will be able to stop them from happening frequently.

Nightmares are different from bad dreams, with the former being a notch higher. These are vivid dreams where one would usually wake up quickly, being able to describe the details of his dream. It usually occurs during REM sleep, or during the early hours of the morning.

Nightmares are prevalent in children, usually caused by stress or scary triggers such as films or experiences. But adults also experience nightmares as well, which are often caused by lack of sleep, anxiety disorders, or even poor food choices.

Nightmares are common and vivid, which may lead to a legitimate sleeping disorder if not treated properly.

Think of a nightmare as a bad dream on steroids, with the content being clearer and scarier than your common dream. Most people might wake up crying or angry, with a layer of sweat and a pounding heart. It takes a while to go back to sleep, not only because of the dream itself but the stress hormones that take a while to go back to normal.

What Are Night Terrors?

Night terrors are a more intense form of nightmares and bad dreams, usually occurring in male children. While nightmares have you waking up from an intense dream, night terrors leave you unconscious or confused as to what's happening.

They also happen to adults as well, though less frequent. They are usually caused by stress, sleep deprivation, or drinking alcohol. Night terrors usually occur during the early stages of sleeping, so around the first few hours before reaching the REM sleep stage.

Night terrors would last for about ten to thirty minutes, with the person waking up without knowing what happened to them or remembering any details of what happened while he slept. Some sleepers talk or walk during night terrors as well.

The sleeper isn't fully awake, and he is unaware of his surroundings. So it may take a few minutes before he goes back to sleep.

Difference Between Nightmares and Night Terrors

You're probably wondering about the main difference between nightmares and night terrors. After all, they both seem very similar, just with different names! But contrary to what many believe, these two are different by how the sufferer acts, as well as how you can remedy it.

With nightmares, they are similar to dreams, where the person will be able to remember the details of what he just experienced while sleeping.

For those who suffer from night terrors, you won't be able to recall what just happened, often waking up both scared and confused.

That is why when someone suffers from nightmares, they would usually seek comfort before anything else. With night terrors, you wake up more confused and unaware of your surroundings for a few minutes.

Another significant difference between nightmares and night terrors would be WHEN they happen. Night terrors would usually occur during non-rapid eye movement sleep, or during the first few hours of you sleeping, before REM sleep begins to happen.

For nightmares, it would usually happen later in your sleep, once you start to go into REM (or deep) sleep. This is also when you start to dream vividly.

There is no better or worse thing to experience as you sleep. You will only need to learn how to keep yourself aware and remedy them.

How to Stop Nightmares and Night Terrors?

Now that you know what nightmares and night terrors are, the question is: How can you deal with them?

Here are some tips you can follow if you or a loved one suffers from any of these two terrifying experiences:

If the nightmares or night terrors continue to happen, then it may be time to consult a doctor about it so he can prescribe other forms of remedies or medicine.

Waking up from a bad dream is one thing, but it isn't a comfortable experience! Knowing the difference between nightmares and night terrors is critical, so you know how to treat the person when it happens and how to stop it from recurring again.

I hope that this article on the difference between nightmares and night terrors helped you become more knowledgeable on how to sleep better. So if you or your loved one is suffering from either of these two types of sleeping patterns, you'll know what to do to remedy the situation.

If you have any more questions or thoughts about the difference between nightmares and night terrors, then comment down below. Any opinions will be greatly appreciated.

My name is Layla Parker, the founder of ASleepyWolf.com. At this site, our team is going to bring you a lot of reliable and useful information about sleeping and everything related to it such as the therapies that improve your sleep, the ways of sleeping you should try, all the products you use every day that affects directly to your sleep, your health, and your life.

This site uses Akismet to reduce spam. Learn how your comment data is processed. 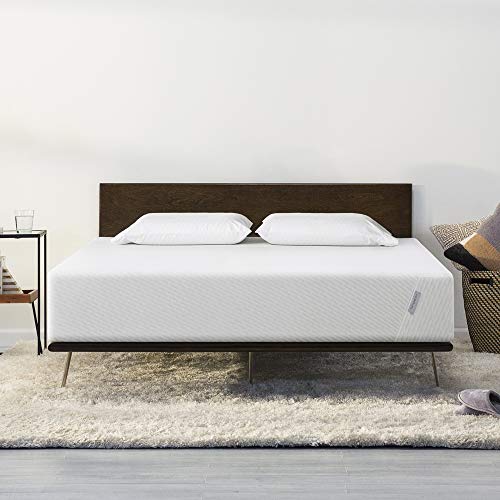 A Sleepy Wolf is a participant in the Amazon Services LLC Associates Program, an affiliate advertising program designed to provide a means for sites to earn advertising fees by advertising and linking to Amazon.com.
*Amazon and the Amazon logo are trademarks of Amazon.com, Inc., or its affiliates.